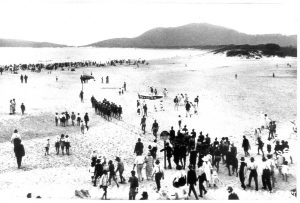 After the formation of the first surf life saving clubs in the early 1900’s across the seaside suburbs of Sydney, Newcastle and Wollongong, the Surf Life Saving Association of Australia was formed in 1907. A lack of adequate road and rail systems, as well as the tremendous isolation and small population, slowed down the expansion of surf clubs across the Mid North Coast.

Mr Hampshire was at the forefront of surf life saving on the North Coast and South Coast of New South Wales. He was responsible for bringing ‘Demonstration Teams’ from Newcastle who facilitated ‘Instruction Days’ which improved standards and created great interest with members and the community. The first of these days was held in Yamba in 1908.

The first Surf Life Saving Clubs established in the Mid North Coast area were South West Rocks in 1919 and Kempsey-Crescent Head in 1921. Taree-Old Bar and Black Head were originally included in the SLSMNC Branch and were formed in 1923 and 1925, respectively.

The following news story appeared in the Port Macquarie press on the 20th January 1923.

These clubs were then affiliated with Surf Life Saving Australia (SLSA) direct, with the area known as the North Coast which extended from Newcastle to the Queensland border. 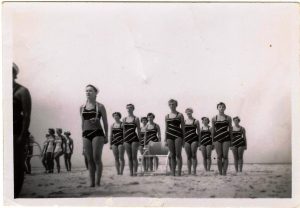 A Wauchope Club was formed in the 1927/28 season and patrolled at Nobbys Beach, Port Macquarie. Because the towns of Wauchope and Port Macquarie were so small the clubs combined in 1932 as the ‘’Hastings Club.’’ The two clubs spilt and from 1934 Wauchope Club went back and patrolled Nobbys Beach until 1937, when it was defunct because of lack of members, just prior to the war years.

The old Club House was transported in parts to Bartletts Beach (Little Beach) in 1947, with the intention of building a club house there, unfortunately the campers used the timber for fire wood and so the club house was never erected on that site and hence the club didn’t reformed until  the 8th October 1958 at a public meeting in Wauchope at the community hall. This meeting was chaired by the MNC Branch Superintendent Cec Johnson. WBHSLSC patrolled Bartletts Beach from 1958-1960 when it was decided to move over to Rainbow Beach (Big Beach) because Bartletts was just too small to hold surf carnivals.

After much community fundraising the new surf club was commenced in 1962. That surf club building served the members well for 50 years when it was demolished to make way for the present building. This was opened in 2010 largely due to a generous $2.88 million dollar government grant. 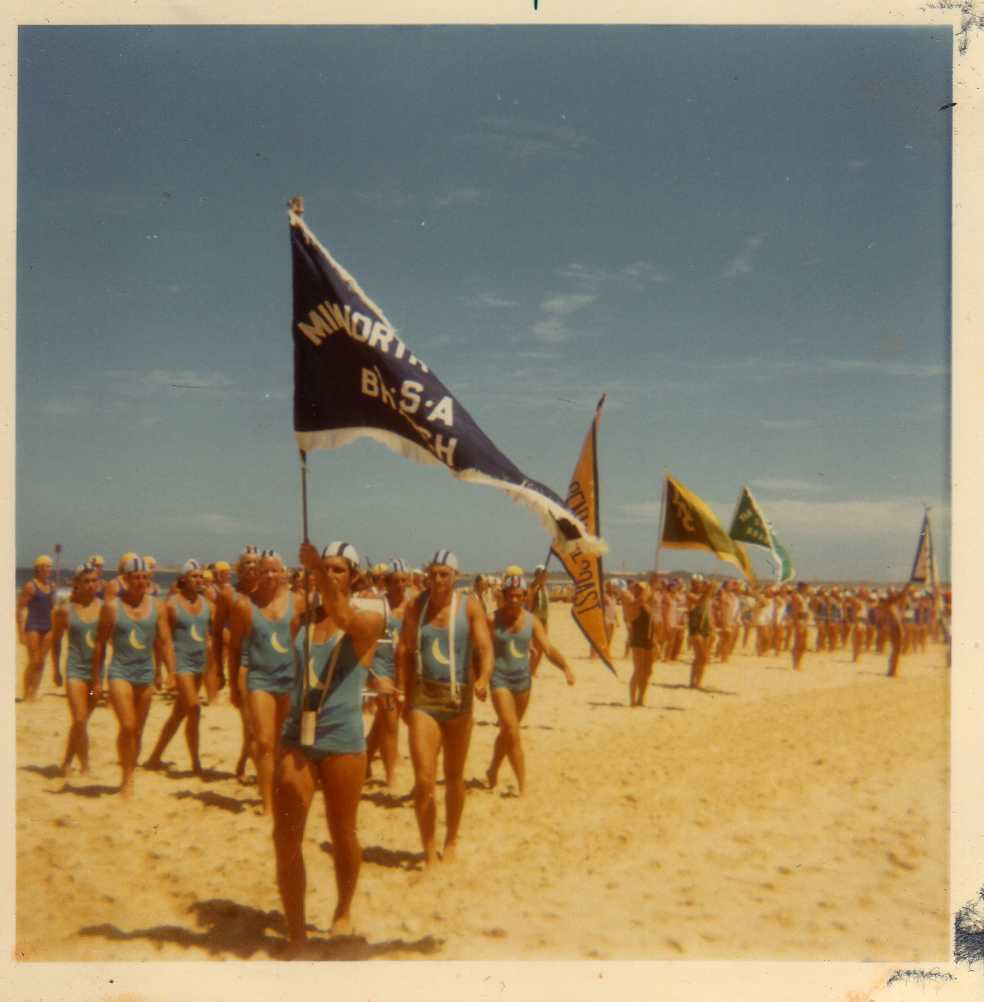 Even though surf carnivals had been held along the north coast for many years, it was not until 1929 that the Mid North Coast Branch of SLSA was formed. This was endorsed at a meeting held at Griffin’s Café, Belgrave Street, Kempsey on November 23. Because of Yamba’s distance, the delegates agreed the two branches should be formed, one south and the other north of Coffs Harbour.

In June 1955, the Mid North Coast Branch met and decided to form two Branches to overcome the travelling that was necessitated by so many carnivals – at that stage from Scotts Head to Forster. This meant that the four southern Clubs (those being Crowdy Head, Taree-Old Bar, Black Head and Forster) would separate from the Mid North Coast and become foundation members of the newly formed Lower North Coast Branch. This left six clubs, Macksville-Scotts Head, South West Rocks, Hat Head, Kempsey-Crescent Head, Port Macquarie and Camden Haven, in the SLSMNC Branch.

The 1950’s saw a few other changes within the SLSMNC Branch. Macksville Scotts Head SLSC left the Mid North Coast Branch in 1954 and joined the North Coast Branch. A club was formed at Grassy Head in 1957 with their club competition cap consisting of a red base and two white stripes, front to back. In 1958 a club house was once again built at Bonny Hills and the reformed Wauchope-Bonny Hills Surf Life Saving Club to the Branch in October 1958.

The Branch received a blow in 1963 when they were informed that due to dwindling numbers and support the Grassy Head SLSC would be forced to disband. This returned the Branch to seven affiliated clubs again.

Tacking Point Surf Life Saving Club was formed in 1974 after a public meeting at Port Macquarie Council Chambers voted unanimously in favour of establishing a second life saving club in the area.

In 1994 Macksville-Scotts Head re-joined the SLSMNC Branch, thus becoming the eighth active club in the Branch.