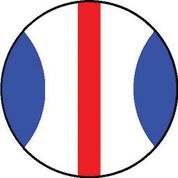 SLSNSW Rescue of the Month – October 2014

On the 13th of October 2014, the wind had been blowing from the NE for a few days prior and was also blowing 20km from the NE at about 6pm on Monday afternoon. This had made Forster Beach very dangerous, as there was an eight-foot NE swell, about five seconds apart, coming into the southern corner of Forster Beach, near the lookout. This in turn had caused a severe rip to flow out from the boat ramp to approximately 150 meters out to sea.

It is not unusual from surfers to come down to the point to check out the surf, to get an idea of what is going to happen the next day.

Paul Holmes, a local surfer, drove down to the car park at the point to check out the surf on Monday at around 6pm. On arriving he noticed something floating out in the rip. After watching for a while, he then realised it was a person caught in the rip. He then sent a couple of boys on bikes back to the clubhouse to raise the alarm.

At the same time Jason O’Donnell (ex-lifeguard and MSHSLSC President) and Paul Young (ex-lifeguard and MSHSLSC Club Vice-Captain), arrived to look at the conditions. They were greeted by the two boys on bikes and told that there was a problem on the point. Jason grabbed an old fiberglass Bennet racing board from the clubhouse, and started running to the boat ramp, to paddle out after the person. As the same time Paul Young opened the shed and got out the IRB that was ready to go.

Peter McNally (ex-Club Captain and Support Operations) arrived to check out the surf, and noticed Jason running towards the ramp with the board. He drove up to Jason, who requested that he back in up in the IRB. Peter and Paul put the IRB on the ATV and quickly drove to the ramp to launch it. Jason also asked Paul Holmes to go to the lookout and keep pointing to the position of the person in the rip.

Jason got the person on the rescue board, after also being his on the head by the board, and proceeded to paddle them in. Peter and Paul still could not find Jason or he person, so made the decision to come back to shore behind the large point waves.

Jason, Peter and Paul arrived back at the ramp at the same time, and laid the lady down on the ramp, next to the STC, as it had all the rescue gear in it, and was a partial wind break.

At this point the lady was blue and shaking with cold and shock and expelling a lot of water. Peter put the oxygen on her and kept watching her vitals, while Paul found blankets in the ATV, and a space blanket to stop the wind. Jason organized the ambulance, which was 10 minutes away.

This lady had to be the luckiest person in Australia, from a timing point of view. The fact that four experienced watermen arrived just at the time when they were most needed, and swung into action, in a quick and efficient way, saved her life.

Thanks go to Jason, Peter, Paul, Paul the two boys on bikes, another Paul for his mobile phone and the emergency responders.

Rescue of the month awardees